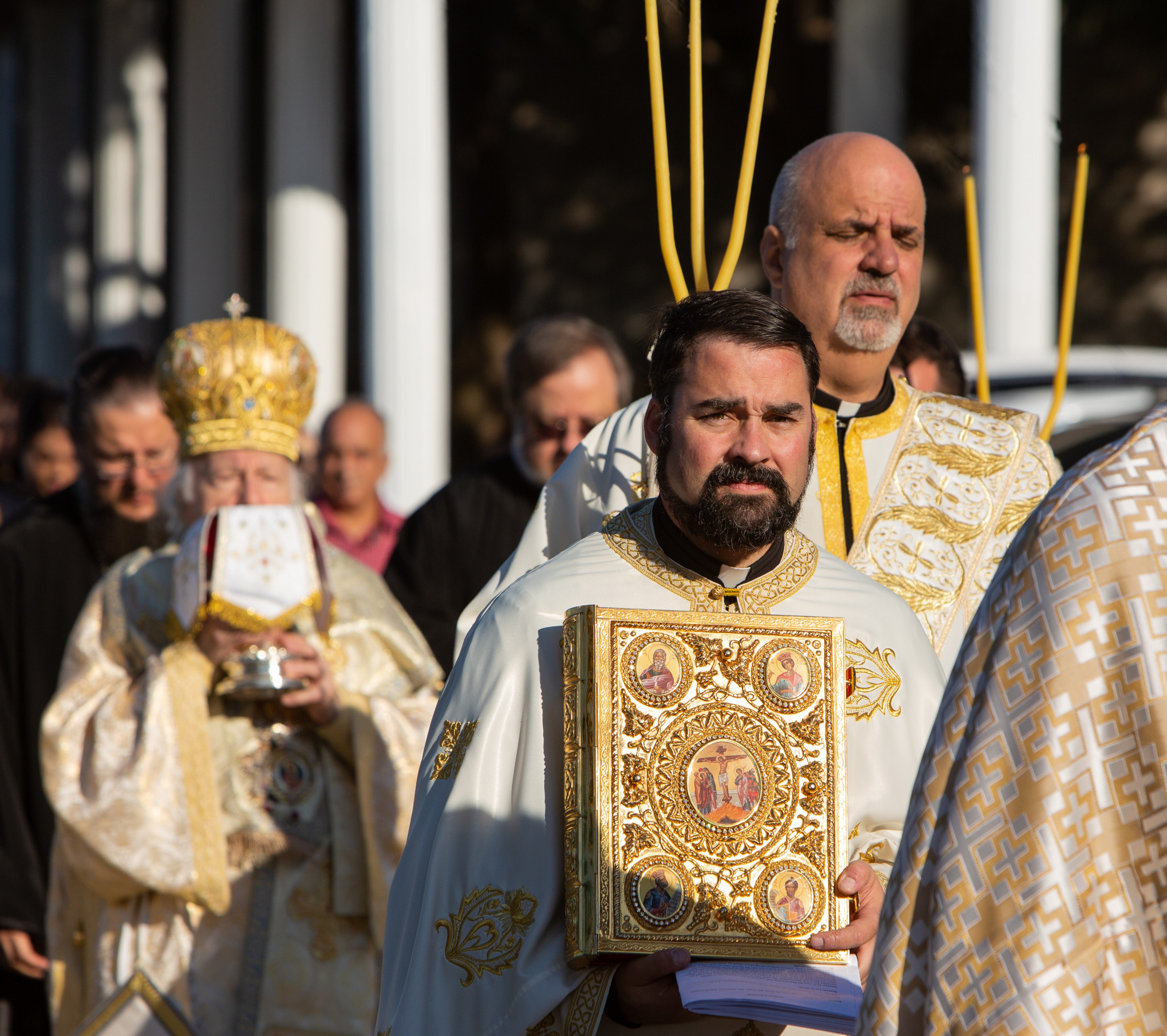 Father Nicholas was born in Long Island, New York. When he was 16 years old, his family relocated to New Mexico. He received his Bachelor of Criminal Justice and Bachelor of Arts in Sociology degrees from New Mexico State University, Las Cruces, NM (1999). After receiving his undergraduate degrees, he moved to Oklahoma and completed a Juris Doctor degree from Oklahoma City University School of Law, Oklahoma City, OK (2002). While attending law school, he was introduced to the Orthodox faith, and was received into the faith through Holy Chrismation in the spring of 2000 at the St. George Greek Orthodox Church in Oklahoma City, OK. Father Nicholas was admitted to the Oklahoma State Bar Association in the fall of 2002, and opened a general law practice in Oklahoma City. After two years of practicing family and criminal law, he and his wife decided to pursue his calling to serve in the Orthodox Church. They moved to Brookline, MA where he graduated with a Master of Divinity from Holy Cross Greek Orthodox School of Theology in Brookline, MA (2007). On October 21, 2006, he was ordained to the Holy Diaconate at the Holy Cross Chapel, Holy Cross Greek Orthodox School of Theology in Brookline, MA.  On May 6, 2007, Father Nicholas was ordained to the Holy Priesthood at St. George Greek Orthodox Church in Oklahoma City, OK. In both instances, His Eminence Metropolitan Isaiah of Denver was the ordaining bishop. Father Nicholas was first assigned in 2007 to Annunciation Greek Orthodox Cathedral, in Houston, TX where he served as an associate priest for nearly five years. He was assigned as the presiding priest of St. Demetrios Greek Orthodox Church on Saturday of Lazaros, April 7, 2012.